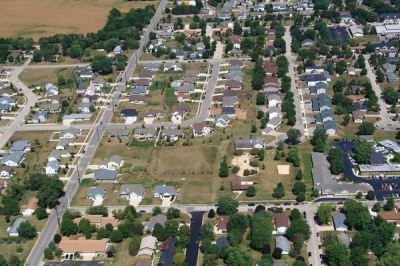 I grew up in the suburbs. Not far from my house, there were some woods that we used to explore. It wasn’t a forest or anything dramatic– just an acre or two of trees that some kids could get lost in.

Those trees are gone now. About ten years ago, they were bulldozed to make space for a small, generic-looking subdivision.
Growing up, I never realized that those woods were at risk. Sure, they weren’t spectacular or awe-inspiring, but they were doing okay. If you focused on the trees themselves, you never would have guessed their destruction was imminent.

When people talk about “at risk” children, they usually focus on some characteristic of those children– they’re at risk because they’re African American, or because they’re depressed, or because they’re using marijuana. I had a professor who described the shock of discovering, after leading what he considered a fairly stable childhood, that he had been an “at risk youth” because he’s Puerto Rican.

What’s strange about this approach is that it seems to blame these children, or their communities, for their likely failures. At the very least, the existence of an “at risk” demographic places the focus on the students, rather than the forces that do them harm.

What factors pose the greatest risk to students these days? To many of us in public education, the answer is obvious: the value-added reformers whose short-sighted policies have undermined schools and teachers across the country.

What does it mean to be an at risk student? As far as I can tell, any student whose school lies in the path of the value-added bulldozers is at risk. Perhaps rather than making these students’ educational environments more chaotic, policy makers should work to protect and support them.