Innovation is truly generated from infrastructure, standards, and contexts that are incrementally shaped by bureaucracies. Sorry, Steve Jobs idolizers.

What are the consequences of children interacting daily with AI voice assistants like Alexa or Google Home?

“There can be a lot of unintended consequences to interactions with these devices that mimic conversation,” said Kate Darling, an MIT professor who studies how humans interact with robots. “We don’t know what all of them are yet.”

I think the fears about transference of how kids talk to robots to humans is overblown here — after all, we all talk to our pets as kids but that doesn’t seem to taint our interactions with other humans. But definitely worth considering how these devices could potentially provide linguistic training and refinement of questioning as an educative tool.

Direct instruction in a “circle time” game could help promote self-control in children.

Researchers noted that “there could be educational implications to their results: ‘the irony may be that in devising strategies for parenting and schooling geared to a world of rapid technological change while neglecting the importance of traditional cultural practices, we may be contributing to a deterioration of young people’s attentive and inhibitive resources, thus promoting impulses toward instant gratification’.”

According to an evolutionary psychologist, high school poses “an unprecedented social challenge to our prehistoric minds.”

“indigenous people were gardeners and stewards of biodiversity.” Compare to us.

A little wildness and diversity can go a long way.

“In an Urban Forestry & Urban Greening study of vacant lots in Cleveland, Ohio, where economic impoverishment and a declining population have left some 27,000 lots to go feral, the ecosystem services provided by inner-city lots far surpassed those of carefully-tended residential and suburban spaces.”

“Critically, these cases began with studying behaviors that the animals naturally do, not those that they had been trained to perform.”

This is a great idea: quiz commenters on articles to ensure they have basic comprehension before they can comment.

“If everyone can agree that this is what the article says, then they have a much better basis for commenting on it.”

Not only could this ensure more level-headed commenting — but it could furthermore serve as a reinforcer of key details.

Respect to Mike Rowe for keeping up the call for CTE.

“If you want to make America great again, you’ve got to make work cool again,” he said.

Busing is always the conversation killer on the integration of schools. But Hartford demonstrates that busing can be beneficial.

An important reminder from Nikole Hannah-Jones what the word “public” means in the US — including both its dark side and it’s promise.

“schools, as segregated as many are, remain one of the few institutions where Americans of different classes and races mix. The vast multiracial, socioeconomically diverse defense of public schools that DeVos set off may show that we have not yet given up on the ideals of the public — and on ourselves.” 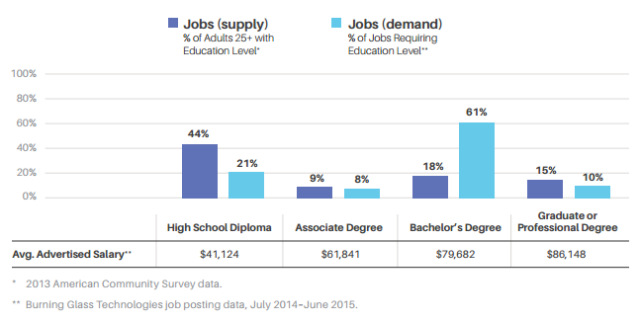 Success Academy’s Moskowitz gets called out by Politico

Suddenly, Moskowitz, one of the most vociferously and politically aggressive of education reformers, claims that “I … need to consider whether it is appropriate for me to use my position as the leader of a collection of public schools paid for with government funds to advocate politically.”

Though after some criticism from her own staff and from the exposure by that Politico article, it seems she suddenly re-discovered her voice.