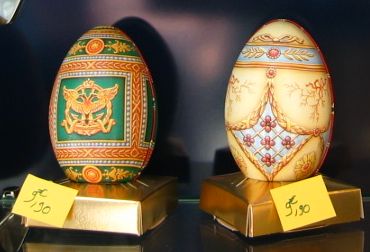 First thing in education reform news for this Passover / Easter Weekend, my wife and I were given the greatest of blessings on Friday night: a beautiful baby boy.

He didn’t come in either the manner we had hoped nor planned for, but he came when he needed to in the way that he needed to, and we are truly grateful.

In other news, Education Post published an op-ed penned by yours truly on the need for both parents and policymakers to fight segregation. The post was then shared on Ebony. If you haven’t read it yet, please let me know what you think. Whether you are for or against diversity in our schools and communities, I believe we all need to be talking and thinking more about this issue.

On to our weekly roundup.

Conor Williams suggests that the greatest danger of a Devos USDOE lies in what she will not do, rather than what she will do. But her recent actions suggest otherwise.

“In a February interview with Axios, after her confirmation, DeVos expressed skepticism about the federal role in overseeing public education. While she suggested that government involvement made sense “when we had segregated schools and when … girls weren’t allowed to have the same kind of sports teams,” she couldn’t think of any current issues that might warrant attention from her department.

This is either supremely cynical or gobsmackingly naive. Folks who spend their lives working in education are aware that U.S. school segregation is a present-day plague, not some conquered problem of the past. And they know that, absent oversight, states routinely use federal education dollars for purposes that do not help underserved students succeed.”

Williams is right that the position of USDOE Ed Secretary is more a bully pulpit than a seat of great power. But Devos’s actions, not only her inaction, carries larger consequences than I think he acknowledges here.

Devos recently canceled the grant program, “Opening Doors, Expanding Opportunities” that could have provided a significant opportunity for districts to invest in fighting segregated schools.

And she has undone Obama-era protections on student loans.

Seems to me like those are actions of great consequence for some of our most vulnerable students. Yes, let’s pay attention to the “sins of omission.” And let’s dial down needlessly polarizing rhetoric. But we can’t lose sight of the choices she is making that are truly damaging to public education.

It’s Not What Trump’s Education Department Will Do That Should Worry Critics; It’s What It Won’t Do – the74

“Serving the students was mandatory; improving their lot in life was not. But Endrew F. changes that.”

…”States and districts will now look for guidance and leadership from an understaffed U.S. Department of Education in the application of Endrew F.”

Researchers discover that when it comes to merit pay, context is everything

“We found that effect sizes are highly sensitive to program design and study context. . .

For instance, the evidence suggests that rewarding teachers as a group is almost twice as effective as rewarding them individually based on rank-order.”

“Let’s grow quality schools, shut down terrible schools, and not worry so much about whether they are charter or traditional schools.”

In Bridging Charter-District Divide, Educators Collaborate to Make the Impossible Happen – the74

“Clearly, the way to influence the man is not to write scholarly books about climate change or health care. . . . Our country may someday get a national health-insurance program for everybody, but only after there is a video of a father carrying two dead babies out of an ER where they arrived too late to be saved, the father unable to pay his doctor bills.”

The need to increase teacher diversity

“I think the biggest policy implication of these two studies is teacher diversity — just increasing it.

. . . in fall 2014 the majority of public school students is now minority, but the teaching workforce is about 80 percent white, and it’s flat.”

5 Things We Now Know About Teacher Diversity: What Researcher Constance Lindsay Has Found About Race in School – the74

Losing ACA would be a blow to NY state farmworkers

“The authors write that community health centers “would be forced to lay off mission-critical staff, including doctors, nurses and others who provide care to high-risk, vulnerable people” in already underserved communities.”

“Our teachers earn a permanent license only after they’ve built a track record of success after one or two years in the classroom.”

A literacy test without merit: People who really care about teacher quality should turn their attention elsewhere – NY Daily News

“We wanted some norms for how we engage with each other that even in our disagreement might preserve the potential for working together for when we do agree,” Childress said. “It’s still a pretty small group, even with the mix of thinkers, policymakers, and funders. We need to make sure it broadens to include people on the ground.”

Including people “on the ground,” one might argue, is truly the biggest problem in “ed reform.”