An interesting concept that has relevance for schools.

Though stochastic bullying or stochastic cheating might be more appropo… 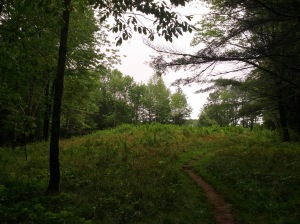 Let me be clear: I’m totally on board with the “get out into nature more” bandwagon, and I’m thrilled to see increasing research showing how much being out in nature contributes to well-being and health.

But in this interview on Wired with the writer of The Nature Fix, Florence Williams, something stood out to me as problematic in how we often approach this natural buzz:

“We don’t recognize how happy nature makes us.”

I think we need some clarity around terms. If by “nature” we simply mean “green living things,” then sure, it makes us feel good. But if we mean “nature” as in the wilderness and the brutal forces therein, then happiness may be a quixotic cause.

Living in tune with nature means having humility and respect, which comes from an appreciation for the often volatile and seemingly senseless danger and risks that are inherent in living in nature. In other words, it’s not just about something we can “get” from nature, in a transactional way, but also about recognizing and assuming our proper place within the cosmos.

That’s a point, alas, I don’t expect many people will buy into, so I understand why we focus on the transactional benefits of nature.

So while we’re on the subject, let’s talk about our children. We want them to be healthy and happy, right?

As Williams points out so well in the interview, our kids are the ones suffering the most from our lack of attunement to nature (however one defines it):

“I think our institutions need to take [incorporating nature into urban infrastructure] on, especially schools. Where I live, only 10 percent of kids get the recommended recess time. Which is appalling, because we know that kids need this time to run around and have exploratory free play in order to just pay attention later in the day.

. . . If you have kids, the most important thing you can do is get your kids outside enough to develop their love for nature. You will be giving them a gift they will have their entire lives.”

And while we’re at it, let’s help them gain a requisite humility and respect for the forces beyond our ken. 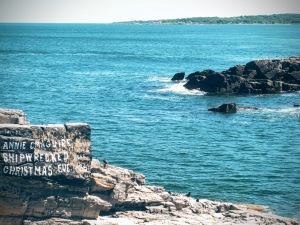 “Everything we’ve done points to the fact that there’s not one single message that works. Sometimes swim parallel is great, sometimes it doesn’t work. Same for floating.”

It’s a view that the Surf Life Saving Australia has taken, too. After working with Brander, they’ve updated their messaging. Rips are a complex, dynamic hazard and the multitude of variables—swimming ability, current strength, circulation, wave size—make the threat nearly impossible to solve with one-size-fits-all advice. No single “escape strategy” is appropriate all the time, the group now says, and lifeguards in Australia currently recommend combining the advice from both MacMahan’s circulation concept and traditionalists like Brewster. If you’re not a strong swimmer, stay afloat and signal for help; if you can swim, consider paddling parallel to the beach toward breaking waves—though be mindful of the potential circulating current. “All responses,” the group concedes, “have their pitfalls.” [Bold added]

—David Ferry, “Everything You Know About Surviving Rip Currents Is Wrong” on Outside

While this quote may refer to rip tides, I think the concept of dynamic complexity and variability could just as easily apply to schools and school systems. As we’ve explored here before, in the face of complexity, sometimes you’ve just got to try multiple strategies until something sticks. And sometimes,  you’ve just got to pick something and stick to it. It is not always so easy to predict what will lead to a breakthrough.

Like Loading...
“If you frequently trigger small cascades, you never get really massive events, but you [sacrifice] all that short-term profit,” D’Souza explained. “If you prevent cascades at all costs, you might make a lot of profit, but eventually a cascade is going to happen, and it will be so massive it [could] wipe out your entire profit.”

After decades of overzealous fire prevention (think: Smokey the Bear), we’ve ended up with a situation wherein apocalyptic wildfires have become a norm. Fire prevention, experts have come to recognize, now requires smaller burns—or, in the absence of controlled burns due to the risk involved, actively thinning underbrush and trees through human labor.

The concept of “explosive percolation” also relates to a concept we’ve explored here before, termed a “self-organized criticality,” in which complex systems maintain stability via “small avalanches” that spontaneously transition between states of chaos and order.

In schools, this confirms the notion that to maintain stability and order within a school community (or classroom) requires “frequently triggering small cascades” of new learning and activities interspersed within stable norms, rituals, and traditions that any school or teacher maintains.

In schools where order is so strictly maintained as to suffer from a “blind application of rules,”  greater disorder may await further down the line. As always, a healthy balance necessitates diversity.

Relevance to Schools & Ecosystems: Connects to our prior analysis of schema and the limitations in human perception

In our last post (an analysis of Richard Nisbett’s article, “The Bugs in Our Minds“) we discussed how our perceptions of reality are heavily subjective, based on mental models called schemas, and all too readily misled by stereotypes or heuristics triggered by seemingly inconsequential factors.

There’s an interesting parallel here to a theory of quantum mechanics from Christopher Fuchs called QBism. QBism challenges the notion of an “objective reality,” suggesting instead that reality lies in the eye of the beholder.

In terms of quantum theory, QBism interprets a “wave function’s probabilities as Bayesian probabilities — that is, as subjective degrees of belief about the system.” The act of perceiving is thus akin to that of gambling. “The wave function’s “collapse” is simply the observer updating his or her beliefs after making a measurement.”

We assess and predict each event based upon prior events, and thus our understanding of probability, as suggested by Nisbett’s article, can be easily misled by the “representativeness heuristic”: that events are judged as more likely to occur if they are similar to prior types of events: think of the gambler’s “hot hand.”

As we gain more information, we can update our “bets,” or our schemas, to better reflect that information. But we’re still making a grand bet against the wider chaos of the unknown. Fuchs describes the situation as thus:

Quantum mechanics is not about how the world is without us; instead it’s precisely about us in the world. The subject matter of the theory is not the world or us but us-within-the-world, the interface between the two.”

I wonder, then, if we can hedge our bets when we make a greater effort to understand the subjective experiences of others, as well as the us-within-the-world?

Hedging Our Bets by Assuming Responsibility

What I like about the perspective of QBism is that probability is framed “as a description of uncertainty and ignorance,” rather than as objective certainty. This certainly aligns with our lived experience. Our frail, emotional human existence, defined by our feeble daily fumblings to communicate, can more accurately be described as shots in the dark, rather than that of rational actors responding to and acting upon objective information. While that sounds like a belittling of the human experience, in other ways it is empowering: it means that the greatest of power lies within:

“Usually we think of the universe as this rigid thing that can’t be changed. Instead, methodologically we should assume just the opposite: that the universe is before us so that we can shape it, that it can be changed, and that it will push back on us. We’ll understand our limits by noticing how much it pushes back on us. . . .

Now there’s a spectrum of positions you could take. . . . there’s no reason whatsoever for my probabilities and yours to match, because mine are based on my experience and yours are based on your experience. The best we can do, in that case, if we think of probabilities as gambling attitudes, is try to make all of our personal gambling attitudes internally consistent. I should do that with mine, and you with yours, but that’s the best we can do. . . .

The best you can do is gamble on the consequences of your actions.”

In other words, be true to your subjective experience and understanding of the world, and take ownership of the actions you take—because just as you are shaped by the world, you too are shaping it likewise within each moment that you exist. There’s poetry here:

“. . . the stuff of the world is in the character of what each of us encounters every living moment — stuff that is neither inside nor outside, but prior to the very notion of a cut between the two at all.

We are the Happenstance Music Makers of our Universe

This touches on a strange dichotomy in our human experience: we are on the one hand mere products of chance and fortune, while on the other hand, we are the music makers, and we are the dreamers of dreams. We would do well, then, to heed Nisbett’s advice on how to mitigate the errors in our perspectives.