“The problem of bias in facial recognition systems is perhaps one of the easiest to understand and to solve: a computer only knows the kinds of faces it has been shown. Showing the computer more diverse faces will make it more accurate.”

—Rose Eveleth, “The Inherent Bias of Facial Recognition” on Motherboard

“The studies are numerous and conclusive – we have a significant race problem in empathy. While it will be hard for most of us to know whether or not our brains are reacting equitably in situations that call for empathy, it should be easier to build concern and care for people of other races on a conscious level. Cultivating a more diverse group of friends and engaging in some perspective-taking exercises, mindfully acknowledging the similarities between yourself and others, seem like good steps in the right direction.”

—Princess Ojiaku, “Is everybody a racist?” on Aeon

We have a few more items to chalk up to the power of unconscious stimuli and bias on our feeble human minds:

“Five experiments document that the mere circularity and angularity of a brand logo is powerful enough to affect perceptions of the attributes of a product or company,” the researchers write in the Journal of Consumer Research.

2. White college students associate black faces with violence and guns, even when those faces are as young as 5 years old.

“Our findings suggest that, although young children are typically viewed as harmless and innocent, seeing faces of five-year-old Black boys appears to trigger thoughts of guns and violence,” said lead study author Andrew Todd, an assistant professor of Psychological and Brain Sciences at the University of Iowa.

3. On a more positive front, conducting a value affirmation exercise can not only mitigate the “stereotype threat” for individual students who may be discriminated against, it furthermore seems to transfer that benefit to the entire class.

New research suggests that when students who are vulnerable to being stereotyped complete exercises that cause them to reflect on their own personal values, they perform better in class — and so do other students around them, even if those other students don’t complete the self-reflection tasks themselves.

—Jacqueline Howard, “Shielding Students From Stereotypes Helps Way More Than We Thought” on the Huffington Post

As the lead researcher in the latter study stated, “Who would have thought that the indirect benefits of an intervention could be almost as large than the direct benefits?”

Yet more evidence that speaks to the power of oblique methods of influence.

For more posts on this blog about obliquity, click here.

“Using person-first language to describe people who have mental illnesses is not just an example of political correctness. These words matter. They influence people’s attitudes, and attitudes help determine behaviors. We make assumptions about people based on the words we use, and when we use the words “the mentally ill,” those assumptions lead to lower levels of tolerance and acceptance.” [Bold added]

“When surrounded by people “like ourselves,” we are easily influenced, more likely to fall for wrong ideas. Diversity prompts better, critical thinking. It contributes to error detection. It keeps us from drifting toward miscalculation.

Our findings suggest that racial and ethnic diversity matter for learning, the core purpose of a university. Increasing diversity is not only a way to let the historically disadvantaged into college, but also to promote sharper thinking for everyone.” 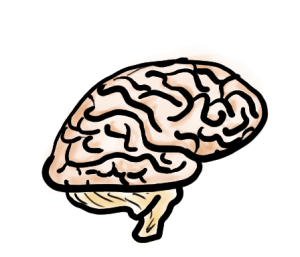 We’ve explored the concept of cognitive bias here before, and it’s an important idea to continuously remind ourselves of, as we all are prone to fall prey to problematic thinking each day, given our brain’s reliance on short cuts, heuristics and stereotypes.

Here’s a useful short video from the Royal Society on “Understanding Unconscious Bias” to give you a quick refresher, or introduction, as the case may be:

Further posts here on the topic: