It’s back to school week in New York. As teachers and students dust off their summer-laden books and brains, they head back under the increasing haze of chaos and uncertainty that Trump and his rich minions have ushered in as they slice and dice regulations and public services and norms and institutions willy nilly.

Yet there may be one thing that the Trump “administration,” if you can call it that, is right about when it comes to protections of the children of undocumented immigrants: it really should be on the shoulders of Congress to pass legislation, rather than be based on the whims of the Executive office. Look to advocates from both sides of the aisle to begin applying pressure to Republican legislators to actually create legislation for once that will work for the American people, rather than further subdivide them.

It may be more comfortable to believe that educational outcomes are fixed and there’s little we can do to change them – but it’s also a moral failure.

Progress Over Pessimism, US News

Are students of color over- or under-identified as having a disability?

A researcher is pushing back on the conventional narrative, which has been formed around raw numbers. Controlling for poverty and academic achievement skews it the other way.

What’s left out this conversation is the fact that kids in the US are over-identified in general, in comparison to top performing countries, with little performance gains to show for the additional money and services.

Many worry that students of color are too often identified as disabled. Is the real problem the opposite?, Chalkbeat

Even when identified, students of color in poorer communities may not receive services

The city’s data show students from underserved districts in the south Bronx and Brooklyn are most likely to be deprived of the services they need to learn in comfort and safety.”

Oklahoma prioritizes oil companies over the education of its children

Just goes to show you what happens when you prioritize short-term interests over that of the long-term. A lesson for America.

“The department spokeswoman said Moran asked DeVos for ‘any resources we may have,’ and in response, officials provided a seven-page readiness and emergency management guide drafted by the department to specifically address Charlottesville.”

A readiness and emergency management guide? King slams Devos for her tepid tweets and bureaucratic response:

“The job of education leaders, whether it’s secretary or state chief or superintendent, is to every day be a voice for equity and civil rights protections, and we haven’t seen that from this administration.”

“In the future, Sony believes student data can be analyzed using artificial intelligence to suggest improvements to specific educational institutions’ curriculum or management.”

Sony and IBM Team Up to Make Education Data More Secure – and Easier to Share — with Blockchain System, The 74

Bullying on social media is a real problem. Maybe it’s time to hold those platforms accountable like we hold schools accountable 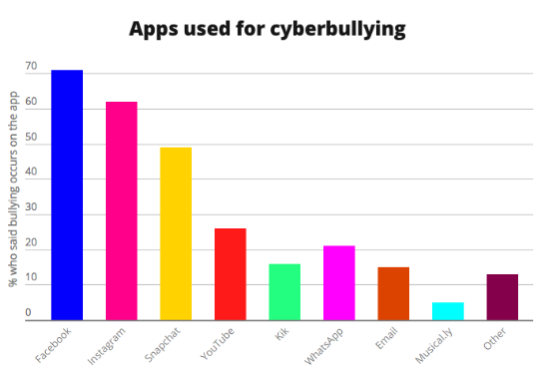 Most schools–you know, the ones that care about their children–stick their noses in kids’ private business because that’s where all the trouble happens. But as bullying increasingly moves into online spaces, where it’s more difficult for nosy administrators and teachers to monitor, maybe we need to start applying more pressure to those platforms to actively monitor the activity of minors.

This is a part of a bigger problem–that we’re increasingly ceding both our private and public lives to private platforms that are unaccountable to the public.

Can you imagine if this was the culture of school districts?

Elon Musk sends a message to his employees about the problems with communication as a chain-of-command:

Sure would be nice to work in an organization like that!

This Email From Elon Musk to Tesla Employees Describes What Great Communication Looks Like, Inc

How schools are governed determines their effectiveness

One has to look beyond the averages to see the truth: In states where charter authorizers close or replace failing schools—a central feature of the charter model—charters vastly outperform traditional public schools, with students gaining as much as an extra year of learning every year. But in states where failing charters are allowed to remain open, they are, on average, no better than other public schools.

What matters is not whether we call them charter schools or district schools or “innovation schools” or “pilot schools,” but the rules that govern their operation.

David Osborne, in the introduction from his book, Reinventing America’s Schools: Creating a 21st Century Education System; To Save Public Education We Must Reinvent It, The 74

Because charter systems with no accountability can be devastating for children

Michigan’s K-12 system is among the weakest in the country and getting worse.

And we should not give up on public schools, because it’s not only about performance — it’s about serving our democracy

Our public-education system is about much more than personal achievement; it is about preparing people to work together to advance not just themselves but society. Unfortunately, the current debate’s focus on individual rights and choices has distracted many politicians and policy makers from a key stakeholder: our nation as a whole.

Americans Have Given Up on Public Schools. That’s a Mistake., The Atlantic

CREDO and Clown Shows have equal weight in education world

…the larger problem is that chaos is a ladder and too many people in the education world see a clown show article by Valerie Strauss in The Washington Post and an RCT or CREDO analysis as all having equal weight.

I seem to hold somewhat radical expectations for my students, if what I’m hearing from my colleagues and from NY state education officials is accurate.

I was at a meeting with fellow special education specialists in my district several weeks ago and assumed I was speaking to the choir when I shared these beliefs. I was taken aback when a number of other educators strongly disagreed. I heard my fellow educators argue that their students “can’t” be expected to do grade-level work.

When I hear the word “can’t” used by an educator to describe their students’ potential, I get so upset. I know that working with children who face significant challenges is tough work. But really?

I think such a perspective says more about an educator’s lack of vision than a student’s lack of ability.

When you consider disability from a historical perspective, students with disabilities have been denied access to the same expectations and content as that of other students for a very long time. They have been segregated physically, and given “different” curriculum, because no one expected anything from them.

Unsurprisingly, students so treated do not often go on to achieve success.

It was upsetting enough to hear this perspective from my colleagues here in the Bronx. But now I’m also hearing it from education officials up in Albany. There is a plan in discussion and most likely up for a vote soon to water down high school diploma requirements for students with disabilities.

We’ve been here before. NY State used to have a largely meaningless piece of paper called an “IEP diploma” for students said to have met their IEP goals, which are highly subjective measurements primarily measured by those who write them.

I know that a high school diploma doesn’t mean much these days, but it’s a slippery slope when we begin completely dismantling any measure of what academic preparedness might mean.

What kind of message do we send to kids when we lower the bar for them? We don’t expect you to be able to achieve this. You CAN’T achieve this.

But that’s the wrong message. Instead, we should be saying, What will it take for you to achieve this? And if you try and aren’t ready yet — it’s OK because there’s other options for you to have a viable career in the meantime and we will help you to get there.

Not everyone is ready for college. A high school diploma should be a sign that you are prepared to succeed academically in college, not a consolation prize.

If we truly believe that not every student is able to achieve a high school diploma, than we’d better be looking very closely at what we’re doing to build alternative pathways to careers.

But watering down academic expectations for some students is not the way to go, New York. We’re fooling ourselves if we think making it “easier” is helping any kid to succeed. We’re only making it easier for adults to continue to pretend they’re doing their jobs.

*an extremely wide and diverse bucket, BTW. The differences between any given disability and any given student are so vast as to be nearly incomparable. Yet we persist.